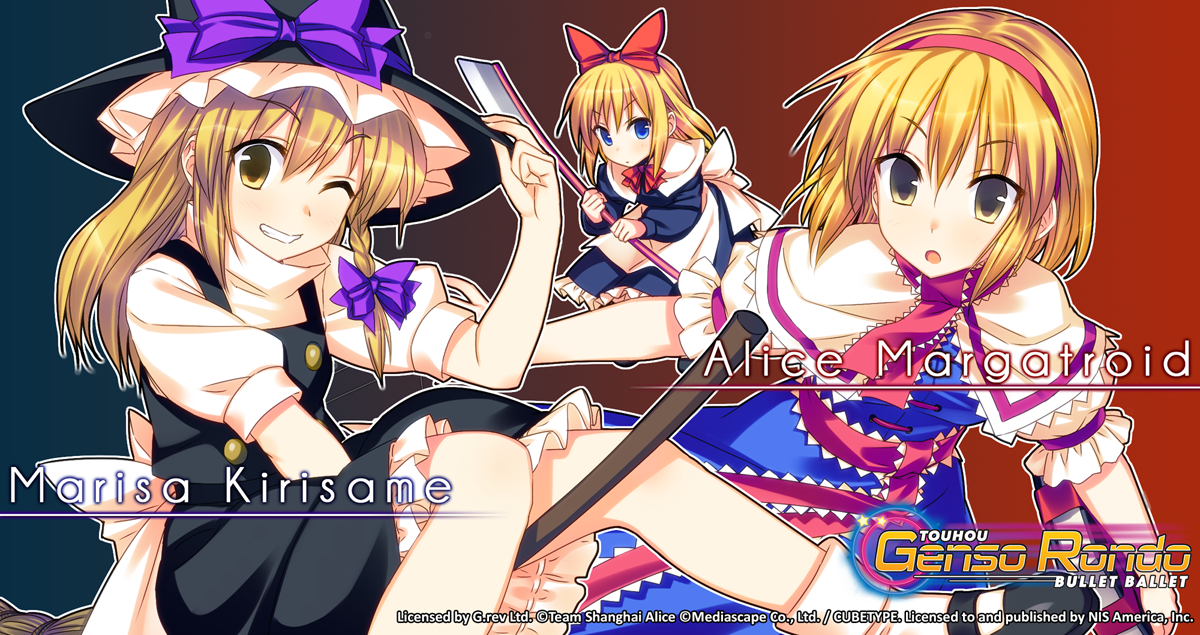 Welcome to another addition of Touhou Genso Rondo: Bullet Ballet tips & tricks! This week, we’ll be showing some gameplay of Marisa Kirisame & Alice Margatroid! Remember, there are many variations on how to play these characters, so don’t limit yourself on how you can defeat your opponent. Also, make sure to check out our previous tips (including mine!) & tricks for Touhou Genso Rondo, done by our lovely staffers Jordan, Chris, and Jupy!

Starting off with Marisa Kirisame, let's take a look at what attacks you can use to your advantage against your opponent!

And there you have it! Again, these attacks were specifically chosen by me because they're the ones that I personally use. But there are other attacks that you can use against your opponents, so try ‘em all to fit your personal gameplay. Touhou Genso Rondo: Bullet Ballet is coming VERY SOON to North America on September 6th and to Europe on September 9th. Make sure to check GameStop, Amazon, and our very own NISA Online Store to preorder your copy today!