I Thought This Was Shrine Maiden Heaven, But It's Bullet Hell 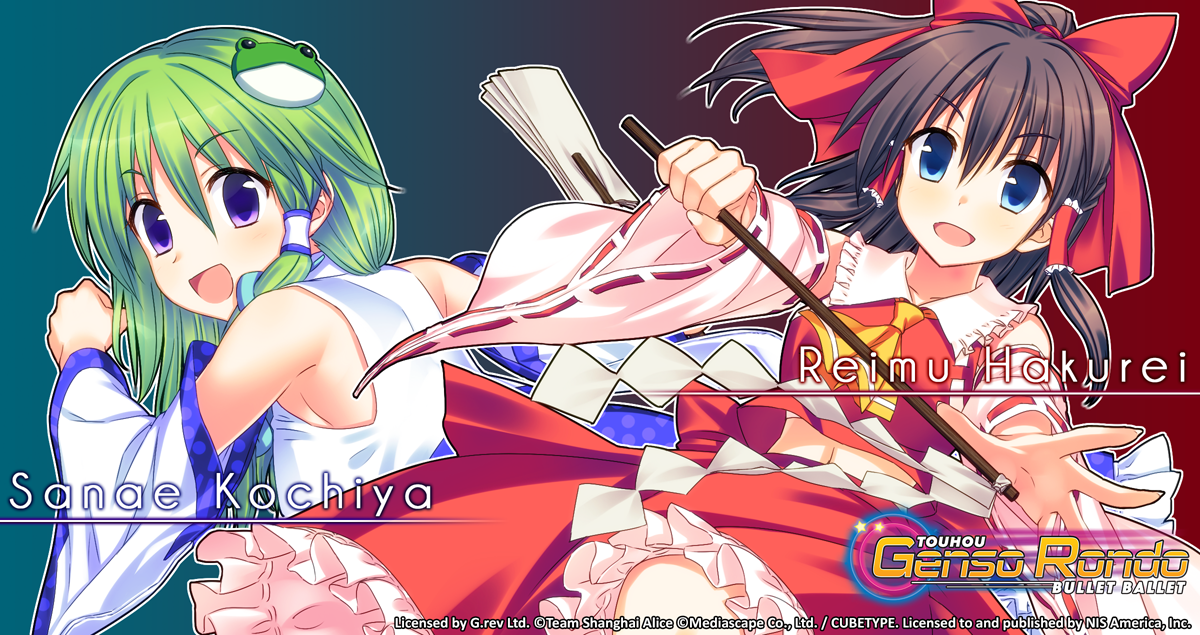 Welcome to our final installment of NISA's Tips &Tricks for Touhou Genso Rondo: Bullet Ballet! I'm Steven Carlton, the editor for Touhou Genso Rondo, and it is my privilege to present the final two characters, Reimu Hakurei and Sanae Kochiya, and give you a little insight into what strategies I've found to be effective. And for more tips about the girls of Touhou Genso Rondo, check out the previous installments by Robbie, Jupy, Jordan, Chris, and Roggie! Now, let's take a closer look at each of these fine shrine maidens.

Reimu excels at boxing her opponent in and forcing them to either take her attacks while restricted to a confined space, or leave the confined space and take the hits to get out. She also utilizes plenty of homing attacks to reflect her lazy attitude.

Sanae relies heavily on two tactics: letting her attacks chase her opponent around, or giving her opponent nowhere to run by attacking everywhere. I must say, those are two great tactics.

Well, that about does it for me. I hope you all enjoyed our insights into the characters of Touhou Genso Rondo: Bullet Ballet, and try them out for yourselves. Will they work for your style of gameplay? Find out when the game comes out next week on Tuesday in North America and Friday in Europe! You can still preorder your copy from GameStop, Amazon, and our very own NISA Online Store!