In modern day Kyoto, humans live in the city, tengus take to the sky, and tanukis roam the earth. One such tanuki is Yasaburo, the third son of Soichiro Shimogamo, famed tanuki leader who met his end far too early at the hands of a group of humans and their year-end banquet hot pot. Yasaburo has since embraced his "fool's blood" and strives for a happy, carefree life. But between taking care of his old tengu master Akadama-sensei, avoiding the life- threatening advances of the beautiful human Benten, dealing with his dangerously stupid twin cousins, and avoiding becoming a hot pot himself in the next year-end banquet, the young tanuki has his proverbial work cut out for him! 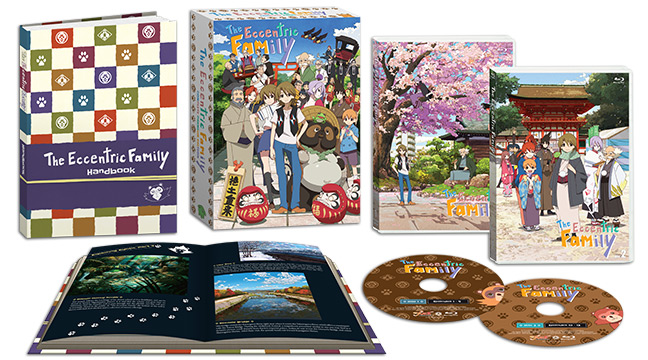 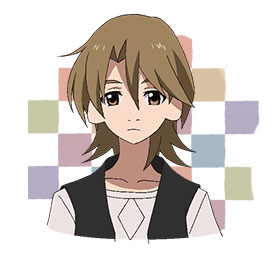 The third son of the Shimogamos, a family of tanukis. He resides at Shimogamo Shrine within Kyoto's Tadasu Forest, and has committed himself as a disciple of Akadama-sensei. After Akadama-sensei hurt his back, along with his reputation, Yasaburo stood by his side and now spends time taking care of him—as well as putting up with Akadama-sensei's consistently annoying arrogance.

Yasaburo lives by the belief that all he has to do is enjoy his carefree life. Using his superb transformation skills, he appears throughout Kyoto in a variety of forms—his most common form is a college student, but he's also been known to become a high school girl on occasion. 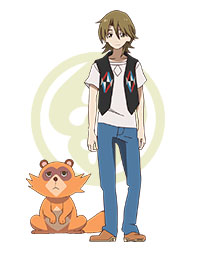 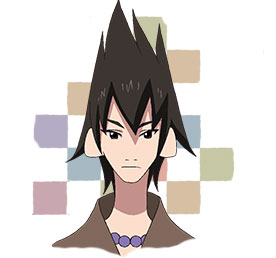 The Shimogamo family's eldest son. Although he's a very serious man doing his best to become a splendid tanuki like his father Soichiro, he tends to crack under pressure, so things go wrong fairly often. As the oldest brother, he often gets stressed out by his "unique" younger brothers and their behavior. His transformation skill is very powerful, however, with his special being the "Tigergamo" form. When in this form, anyone who hears his booming roar will certainly feel its impact. He has a rickshaw that his father left to him which he uses to travel throughout the city. 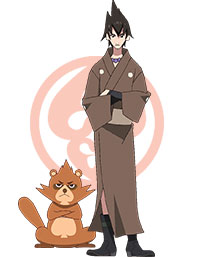 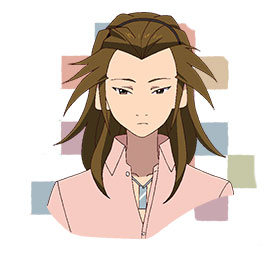 The Shimogamo family's second son. He's always lived life at his own relaxed pace, rarely showing excitement or emotion. He's chosen to take the form of a frog and live a hermit's life within the well at Rokudo Chinnoji Temple. All different kinds of folks—including tanukis and even tengus—come to his well to talk, complain, or simply express their worries. In his past life, whenever he'd been drinking, he would show off his transformation skills by becoming the Trick Eizan Train and barreling around the city at full speed. He doesn't speak much, and he holds a deep secret he keeps hidden away from others. 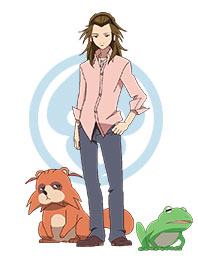 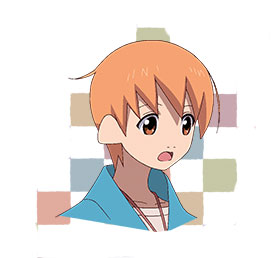 The fourth and youngest son in the Shimogamo family. He's relatively timid and his transforming skills are somewhat lacking. Even in his normal human form, his tail tends to pop out whenever he gets surprised or scared, and he often gets teased as a result. Whenever he's around Akadama-sensei or Benten, he tends to hide behind Yasaburo. At the same time, however, he has the exceptional ability to charge cellphones. As part of his "training," he works at the Ebisugawa family's Trick Denki Bran factory, but his cousins Kinkaku and Ginkaku like to bully him, causing him no small amount of stress. 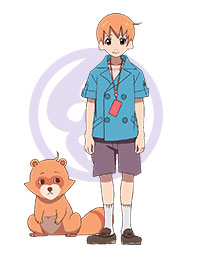 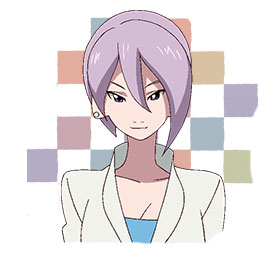 Though once Akadama-sensei's disciple, she eventually left his home and began a carefree life of her own. She was once a normal human, but Akadama-sensei abducted her as she strolled the shores of Lake Biwa and trained her to harness tengu powers. People today say she's more of a tengu than any actual tengu. She took the name of Benten when she became a member of the Friday Club. 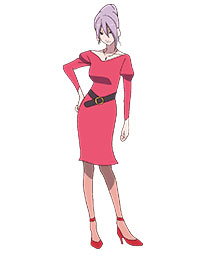 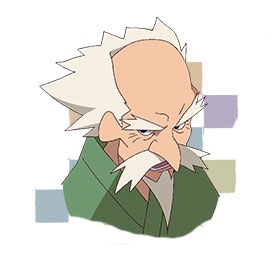 A once great tengu who ruled over Nyoigatake Mountain, but whose reputation suffered after the "Demon King Cedar Incident" some time ago. Nyoigatake Mountain is now occupied by the Kurama tengus, so Yakushibo now lives by himself in an apartment near the Masugata shopping arcade. He raised the once-human Benten to be a tengu like him, but eventually he fell head-over-heels for her, letting her make a total fool of him. He also has a soft spot for port wine. 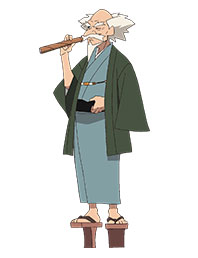 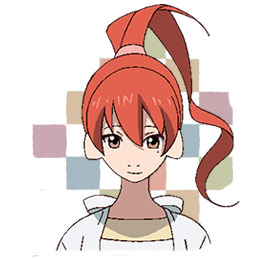 An extraordinarily kind mother who believes her children have all become splendid tanukis. Although she's usually calm and collected, at times she's been known to yell out, "Go to hell!" when she gets angry. She has a deep fondness for takarazuka theater and likes to transform into a form reminiscent of that style known as the "Prince in Black." She uses this form to hit up a local pool hall occasionally. She's terrified of lightning, and it's become family tradition for the sons to rush to their mother's side whenever a storm strikes. Once long ago, she got injured and was nursed back to health by a compassionate human. 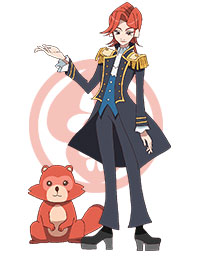 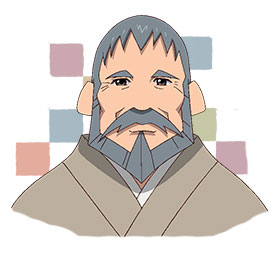 The patriarch of the Shimogamo family and leader of the entire Kyoto tanuki community. As the Trick Magister, he gave strength and guidance to all tanukis. Nevertheless, he found his way into a tanuki hot pot several years ago thanks to the Friday Club.

Before his death, he was known for his unparalleled transformation skills, having once even transformed into an entire mountain in order to punish the Kurama tengus that had been terrorizing Akadama-sensei. 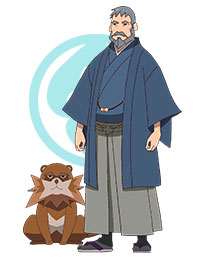 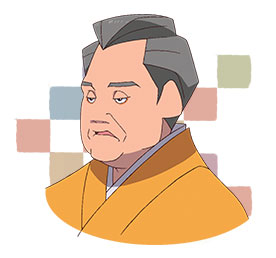 Patriarch of the Ebisugawa family, Soichiro's younger brother, and the uncle of Yasaburo and his brothers. He and Soichiro became estranged after Soun married into the Ebisugawa family, which created strife between the two families. Soun owns Trick Denki Bran, the one alcohol that tanukis love above all others, and he has used this fact to gain influence and position himself as a contender in the election for Trick Magister. 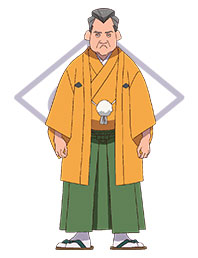 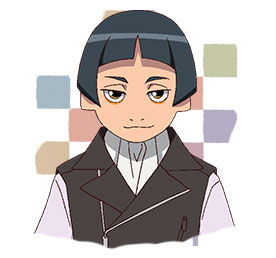 Soun's son and older of the twins. He loves using fancy-sounding proverbs despite never really understanding their meaning. 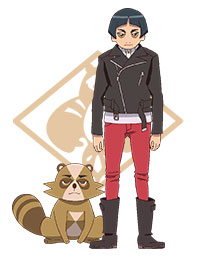 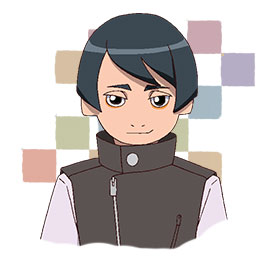 Kinkaku's younger brother. He and Kinkaku do everything in their power to harass and push around the members of the Shimogamo family. 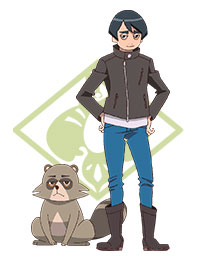 Soun Ebisugawa's only daughter. Soichiro was the one who named her and arranged for her to become Yasaburo's fiancee, but after Soichiro's death, Soun called off the engagement. For some reason, she has never shown herself to Yasaburo, and she can often be seen directing harsh words at him from hiding. However, unlike her father and brothers, she doesn't view the Shimogamo family as her enemy. 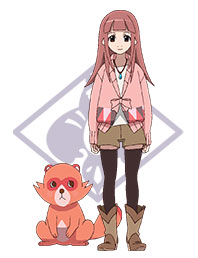