If Her Flag Breaks

Home / anime / If Her Flag Breaks

Sota Hatate is a new student at Hatagaya Academy. His cold and impersonal manner draws the attention of Nanami Knight Bladefield, a princess of a European nation, and she confronts him about it. He reveals that he is the only survivor of the sinking of the cruise ship Premium Ambriel. On that tragic day, he received a special power from a mysterious stranger: the power to see people’s fates in the form of flags sprouting from their heads.

Some flags are simple things like "friendship" flags, but others are more ominous, like “death” flags. Over the next few days, more and more classmates and friends are drawn to him and live with him at the Quest Dorm, and Sota must occasionally use his powers to alter their fates. He and his new friends and dormmates get up to all kinds of fun adventures. However, he eventually discovers that there is more to his power, and the world itself, than he realized... 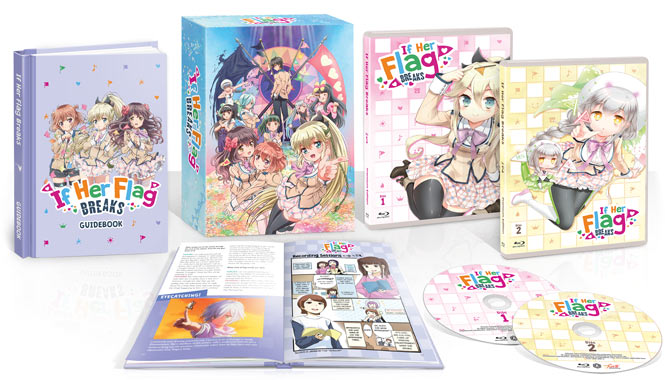 If Her Flag Breaks 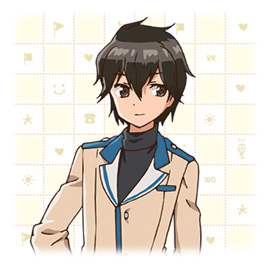 The main character. Can see "flags" and manipulate them. Avoided people, but after meeting Nanami and building a relationship with the rest of Quest Dorm, he became more positive. 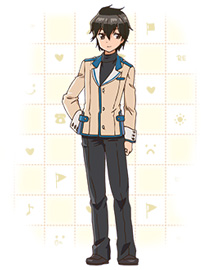 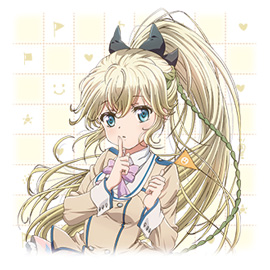 The 13th crown princess of Bladefield. Currently studying abroad in Japan, her mother's homeland. Usually puts up a front, but sometimes shows a friendly and unexpectedly lonesome side. 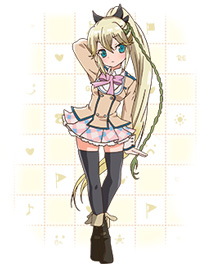 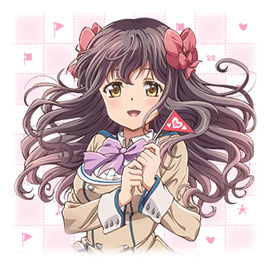 The only daughter of the Mahogasawa Foundation. Always has a smile on her face and a positive outlook. Usually very graceful and ladylike, but can get a little aggressive when it comes to Sota. 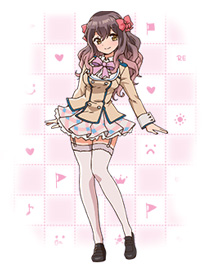 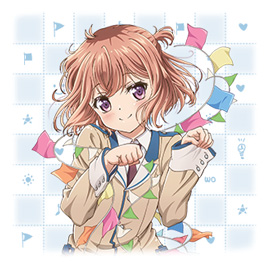 A boy in the same class as Sota. Everybody thinks Megumu is a girl because of his cute appearance, which he got from his three sisters' influence. 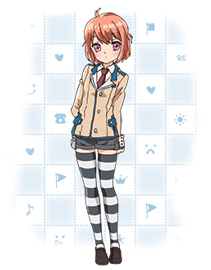 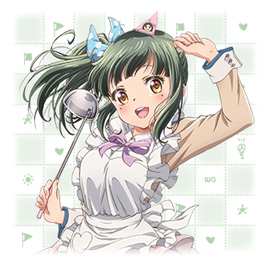 Sota's childhood friend who acts like a real sister to him, in an over-the-top, loving way. Although she is the same age as Rin and is supposed to be in the next grade, she is in the same class as Sota due to studying abroad. 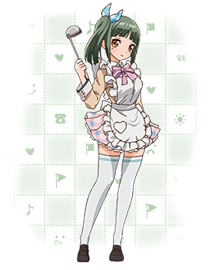 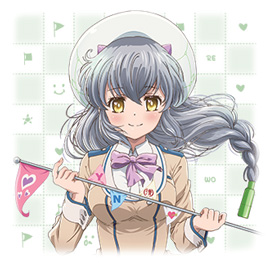 A beautiful female android sent to the Quest Dorm to aid Akane. Although mass-produced, this model in particular has a secret... 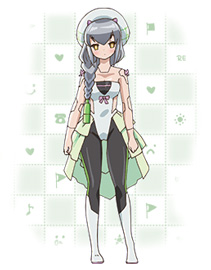 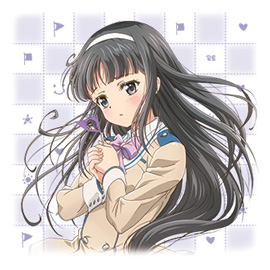 One year older than Sota, and skilled at sports. A member of the archery club. Childhood friends with Sota, but didn't recognize him at first. 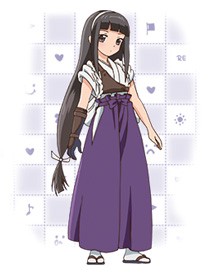 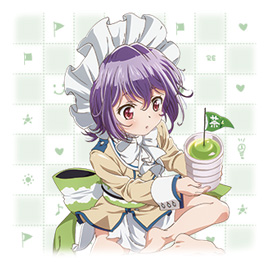 Sota's classmate. Rumor has it she's been around since the school was founded. The elder of the academy. A reliable source of life lessons and advice. 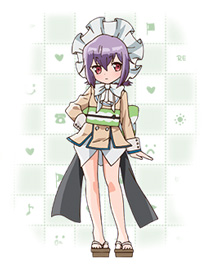 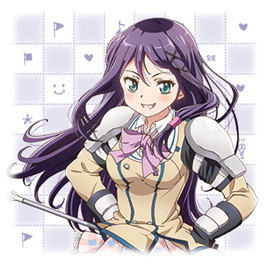 Head of the Student Council at Hatagaya Academy and granddaughter of the head principal. Is always wearing shoulder armor and gloves, for some reason. Her eccentricity makes her stand out. A senpai to Sota and the others. 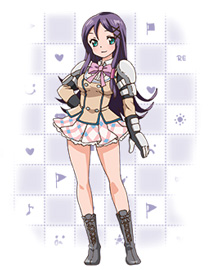 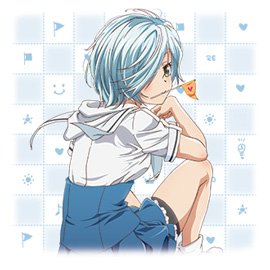 A cool beauty and new transfer student. Possesses the same abilities as Sota and is No. 7 in the Council of Seven Virtues. 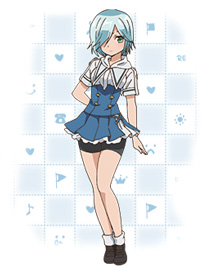 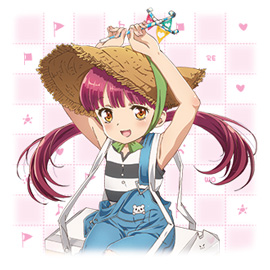 A middle school girl who Sota meets at the beach. Transferred to Quest Dorm with some help from Mei. More wise, clever, and persuasive than most. 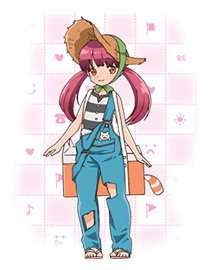 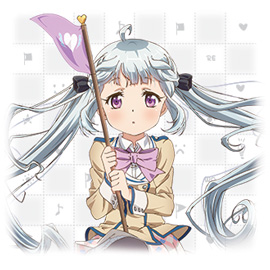 Nanami's step-sister, 14th princess in succession. A sheltered girl who was raised in the monastery dormitory. Has a unique way of talking. 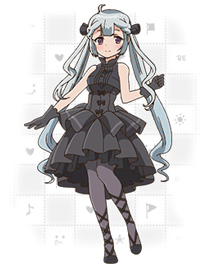 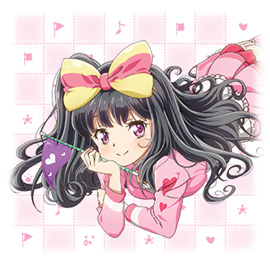 Super idol who broke into stardom in under half a year. Nicknamed "Serikyan." Adores the "Purple Flag Man" ever since she met him during the low point of her career. 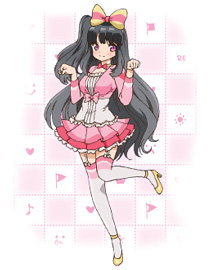