A look at MONARK with Director Fuyuki Hayashi

Home / Blog / A look at MONARK with Director Fuyuki Hayashi 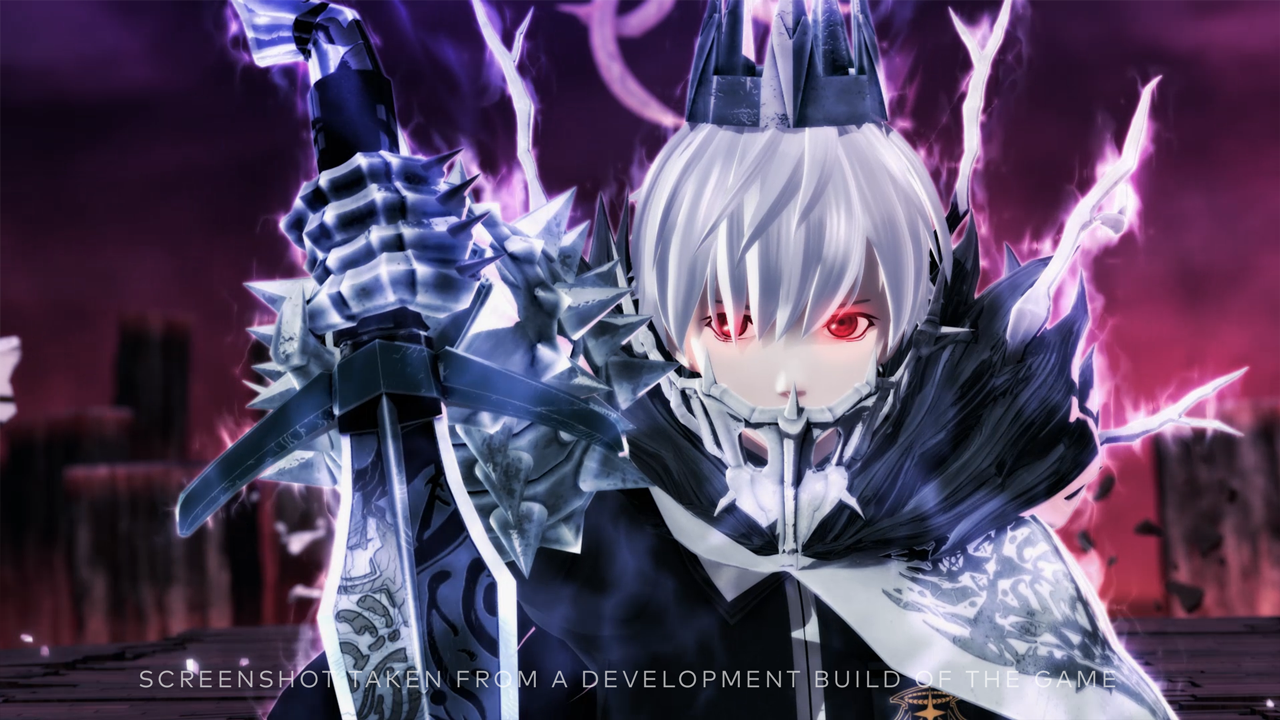 MONARK, the newest game from FuRyu, takes players on a self-reflective journey shrouded in dark fantasy elements. This visually-striking action RPG features a distinct art style that absolutely shines on the PS4™ and even takes advantage of the powerful visual capabilities offered by the PS5™. In fact, players who pick up MONARK can enjoy a free upgrade from the PS4™ version to the PS5™ version, so their game can upgrade alongside their consoles.

Crafted by a renowned team that includes Director Fuyuki Hayashi, Character Artist so-bin (Overlord), along with former development staff from the Shin Megami Tensei series such as Ryutaro Ito, MONARK is a highly-anticipated offering from the same studio that produced RPG hits such as The Caligula Effect series and Crystar. We had the opportunity to speak to Director Fuyuki Hayashi about how he conceived MONARK in our interview below. Read on to find out more!

What inspired you to create MONARK?

Ever since enjoying Shin Megami Tensei: if..., the idea of making a work like this has stayed with me. I felt that themes such as absurdity (i.e. COVID) and the suffocation of the social order (i.e. social media) applied to the societal framework of today, and so they have been scattered throughout the story. Have any of your personal experiences been reflected in any of the characters or story?

There are too many to choose from. Part of my experiences are scattered throughout every character’s narrative. Even my choices in staff and worldbuilding are heavily influenced by many of my favorite games and other works. As for the theme of the story, which centers around the Ego, I feel that in our present-day world of social media culture, there is a strong emphasis on whether or not people “resonate” with you. If they do not, you may end up censured or fear not being sympathizable (At least, that is a phenomenon I have observed around me). As far as these aspects go in modern times, the feeling of suffocation is strongly attributed to one’s “Ego,” the power of the individual. Moreover, the design of the game reflects the true meaning of “resonance” as a positive, supporting force between friends, rather than a force of suffering and confinement.

MONARK appears to be as much a story of self-reflection and self-observation as it is a story of good and evil. Why was it important to focus on elements of your internal self? (Ego, psychological questions, etc.)

You called it a story of good and evil, but what I really wanted to make was a story of clashing Egos. The idea of an absolute good or evil exists neither in this work nor in the world as I perceive it. The core of this game revolves around the player’s Ego, as well as those of the characters at odds with one another, so placing a focus on one’s psychological aspects was vital.

Were there any specific parts of the game that you found the most interesting to write/direct, or that you're looking forward to seeing players discover?

Well, thankfully there is nothing I'm not happy about. I guess one thing is that I really feel that this game really gets its theme of standing against an unfair world across. I'm very proud that even though the game contains some very dark themes, we were still able to give it a happy ending.

I'm also proud to have worked with Ito san and this development team.

In MONARK, there are many characters that have been pushed to their limits, and who make pacts with literal demons. Despite this, they still manage to find the motivation to make their wishes and desires come true.

I found doing the writing and direction for such characters very enjoyable.

As for parts we especially look forward to players discovering, MONARK's story is quite dark, with lots of bitter parts. That said, the game has a happy ending.

We look forward to seeing players discover how such a dark story ends with a happy ending. What is the significance of setting the beginning of MONARK in a school? What themes or ideas did you want to explore through the use of a school and teachers/schoolmates?

One tends to be shaped by the environments in which they are born. As a closed society, school is the place where I have had the most encounters with irrationality. Hence, I chose it as the stage upon which you fight against the irrational. Additionally, when it came to writing about how Egos and desires can change and grow, I wanted to use a school as a setting where students, the quintessential symbol of growth, could gather.

What do you hope players will leave their experience with MONARK thinking about?

I'd like people to take away a very positive experience, accepting and respecting their own egos. Obviously, I'd like them to take away nice and clean egos such as wanting to help others.

Was chess always part of the direction of the game? Were the characters initially inspired by chess pieces? How does it feel having your game be released in the Americas and Europe?

What other PlayStation games do you like to play in your free time? Feel free to talk about each one.

There are too many PlayStation titles to choose from, so I’ll limit them to the ones that inspired me to become a game designer for today. Out of those that were released in Japan, my list includes Shin Megami Tensei: if..., Drakengard, Tsukihime, and Kanon.

Hazama and Caim were my saviors, in a sense, as they helped me bear the stress I was going through back then. Kanon was my most sentimental experience at the time, and it made me want to live out more of those feelings. I long to become someone who can create those moments of salvation and emotion. That is the root of my desire to create games.

As for Tsukihime, I simply liked it. However, it is special to me because it introduced me to the concept of doujin (self-published) productions. Tsukihime’s influence is the reason I started making games myself and ultimately entered the gaming industry.

What other themes do you want to explore through your video game writing?

The human soul persevering in hard times, through pain, standing against madness. What was the inspiration behind Vanitas as a character?

The {{similarity}} between the words “Vanity” and “Bunny” are what spurred his creation. Both so-bin and I owned pet rabbits, so that might be a factor too. Which of the 7 sins are you most interested in? Do you feel like you identify as any of them, or combination?

MONARK doesn’t have the conventional meaning for each sin; I would relate to Gluttony, but Gluttony in MONARK is wanting to engulf all the knowledge and surroundings, but my ego analysis pointed to Anger.

What are your takes on the positives and negatives of each sin?

MONARK focuses not on sin itself, but rather the desires that the seven deadly sins revolve around.

My definitions of the seven desires, as well as the positive and negative ways they manifest, are as follows:

Wrath: The will and desire for emotional affirmation.
Pros: Can assert themselves when needed.
Cons: Recklessness.

Envy: The will and desire to begrudge others.
Pros: Motivation to improve.
Cons: May drag others down.

Greed: The relentless will and desire to aim for more.
Pros: Ambitious to the max.
Cons: Willing to sacrifice anything.

Gluttony: The will and desire to consume and grow. (The excessive desire for growth, whether through sustenance or knowledge.)
Pros: Personal development.
Cons: Voracious at the expense of others.

Sloth: The will and desire for prudence and stability. (The desire to contemplate.)
Pros: Calm and rational.
Cons: Defeatist tendencies.

Lust: The will and desire to love and be loved.
Pros: Self-improvement to appeal to others.
Cons: Self-destructive obsessions and wild impulses.

With the MONARK demo available now on the PlayStation Store (PS5™, PS4™) and Nintendo Switch™*, you can try this exciting new FuRyu title now! While you're at it, preorder the MONARK Digital Deluxe Edition which includes the Casual Outfit DLC.

*Nintendo Switch demo and preorder is now live on the on-device eShop. Please check the Nintendo eShop website later on for updates.

Also, owners of MONARK on PS4™ can upgrade their version to PS5™ for free, so reserve your copy today!